In 2019, the Government of Alberta publicly launched an inquiry into campaigns against the province’s energy industry, perceiving many of these attacks to come from groups backed by foreign donors. The Alberta Inquiry’s Engagement Process Update, released this week, makes public many of the materials it commissioned to gather information on whether foreign funders were targeting Alberta’s energy industry and to solicit further commentary from designated participants in the inquiry. As the provincial government has made clear:

In releasing the material both to Participants and subsequently to the public via the website, the Commissioner expressly stated that the information and opinions expressed in the reports do not represent findings or positions taken by the Inquiry, and instead are intended to provide a platform to obtain perspectives and positions on policy issues of potential interest to the Inquiry.

Rather than responding strongly to the substance of these reports, certain commenters have decided to instead focus their critiques around the impartiality of the sources. One report, provided by Energy in Depth, a project of the Independent Petroleum Association of America (IPAA), is receiving criticism not for the evidence it presents, but for the organization’s connection to the energy industry.

What’s more, partiality does not necessarily indicate that a report is false or without substance. Energy In Depth’s report provides well-sourced information—it contains more than 360 footnotes for 30 pages of information—and all of the information provided comes from publicly available sources which can be assessed for their partiality and credibility. Olszynski does not comment on Energy In Depth’s relevance or expertise—the two other areas in his framework to assess expert evidence.

Other critiques of the report have focused on Energy In Depth being a primarily American organization, commenting on foreign funding against Canada’s energy industry. Yet in the introduction to the report, Energy In Depth explains that the problem of foreign funding isn’t necessarily the source, it’s the perceived cover-up. Many times anti-energy campaigns aren’t transparently disclosing their foreign funders:

Though energy plays a crucial role in the Canadian economy, recent efforts to build the infrastructure needed to move the country’s energy resources to international markets have been stymied by aggressive environmental activist campaigns whose roots are distinctly un-Canadian. These campaigns are designed to appear as local grassroots resistance, but they are in fact supported by large donations, often from foreign foundations and donors.

Trying to draw an ironic comparison between an American organization—Energy In Depth—commenting on foreign-funded attacks against Alberta’s energy industry fail because the two items are dissimilar. Energy In Depth transparently discloses its status as a project with an American organization, whereas the actors detailed in the report oftentimes go to great lengths to obscure their non-Canadian funding sources. As the report states in its conclusion:

When funding comes from donors in the United States, it can be difficult to track where money is spent. Some of this difficulty is due to the rules around IRS disclosures. American non-profits are not required to provide detailed accounts of how foreign beneficiaries may use their funds. Adding to this complexity is how beneficiaries may work with pass-through organizations, funneling donations through multiple layers until they reach their final designations to support protests, litigation or other efforts.

While foreign funding is an issue explored in the Energy In Depth report, part of the problem highlighted is that oftentimes these foreign funds sources and endpoints are obscured, through many layers of philanthropies and political activists.

Regardless of its affiliation with industry, what the Energy In Depth report did reveal is a well-coordinated network of foreign funding that has influenced Canada’s energy sector – exactly what the Albertan government is trying to better understand with its inquiry. Notably, Olszynski fails to acknowledge this fact.

Don’t Believe The Activists. Natural Gas Stoves Are Fine To Use

Natural gas stoves aren’t just better quality they are also safe to use.

Dropping Trans Mountain based on activist misinformation is the wrong course of action.

Consumers are battling against activists for their gas stoves. 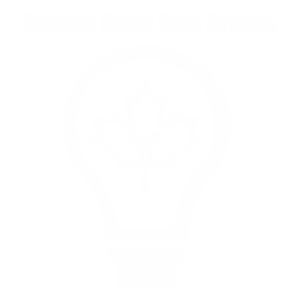